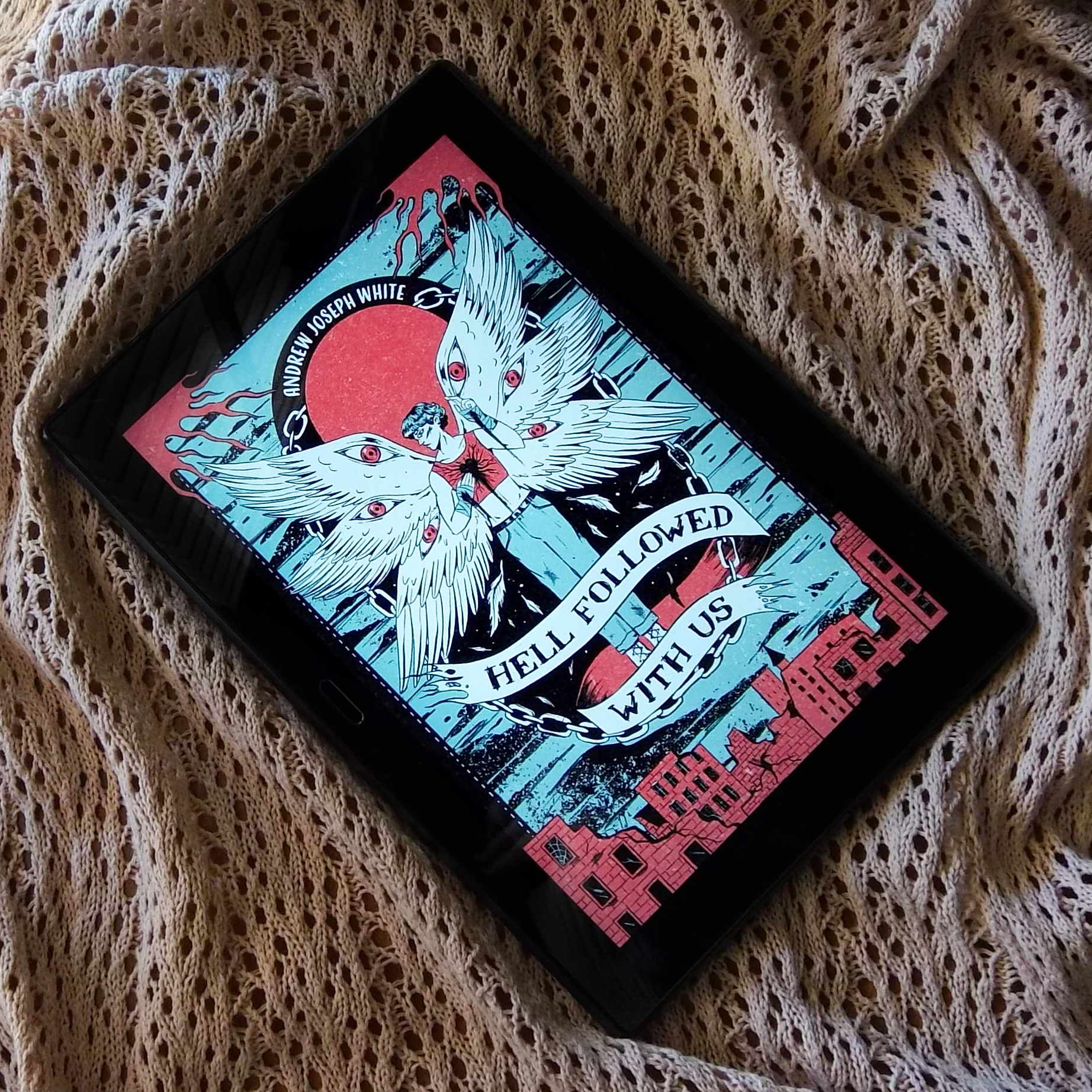 Andrew Joseph White’s debut novel Hell Followed With Us is just as, if not more, beautiful than its amazing cover. The book opens with a dedication, “For all the kids who sharpen their teeth and bite.”, that sets the tone of the rest of the novel and sent literal chills down my spine. Hell Followed follows Benji, a trans boy, as he tries to escape the extremist-Christian eco-terrorist cult that his family is a part of. He joins up with a small resistance group made of queer young adults and teens and vows to help them destroy the “Angels” that have turned him into something monstrous. He just has to do it before they find out how real the monster is.

I’m here for any book with kids dealing with their religious trauma and turning on the systems that hurt them so this was just right up my alley. The realities of leaving a toxic environment/belief system are not shied away from at all in this novel. There are moments when Benji thinks it would just be easier to give in or accidentally falls back into old harmful thought patterns. It makes it so clear that trauma isn’t logical, it lies in our bones and whispers to us when we’re vulnerable, even after years of distance. Apart from the religious trauma, this book feels incredibly timely with all the commentary on how multiple adult groups are trying to make children fight their battles for them, as well as references to discussions that were happening at the beginning of the pandemic about how humans are hurting the planet and the benefits to wildlife when everyone was quarantining. Despite all of this, none of White’s writing felt preachy or heavy-handed, these were just facts of life for Benji.

There was a wonderful amount of representation throughout the book, this is actually the first time I’ve read about a character using neopronouns (xe/xem in this case) and White handled it so well, making it clear that this is a normal thing to do but slipping a little more info in for people that have not encountered this before. All the teenagers in this book are queer but it’s more than that, Nick, the de-facto co-leader of the teens, is autistic and is struggling because the apocalypse is not exactly accessible, there are many characters of color, and at least one of the side characters is Muslim. None of it felt forced, awkward, or tokenized, they were just a bunch of kids trying to keep living their lives after a series of horrific events. One of my favorite moments was just a description of a character when Benji meets her, “There isn’t a shred of black in [Erin’s] clothing. I can’t imagine it on her, not with the flowers on her mask and salvaged pastel eyeshadow”. This exchange stood out to me because I remembered a Tumblr post from a few years ago about how characters in a post-apocalyptic world (especially women) wouldn’t be held to the same beauty standards that we have now, but it also sparked an interesting discussion about women holding onto beauty rituals in order to feel some control over their situation. Erin is the perfect example of this, as the other co-leader she is trying so hard to hold everything together and part of that is making herself feel better by doing her make-up and wearing nice masks. I just loved seeing this concept put to use!

The only issue that I really had with the book was how quickly the ending was resolved but the longer I sit with it the more I realize that I can’t come up with any other way to end it that would have felt as genuine. Overall I’d give this book a 4-star rating!

This is the first time I’ve done this but I actually loved this book so much that I made a playlist for it! If you’re interested in checking it out, here it is! 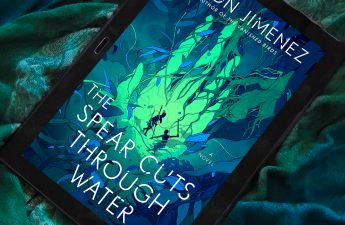