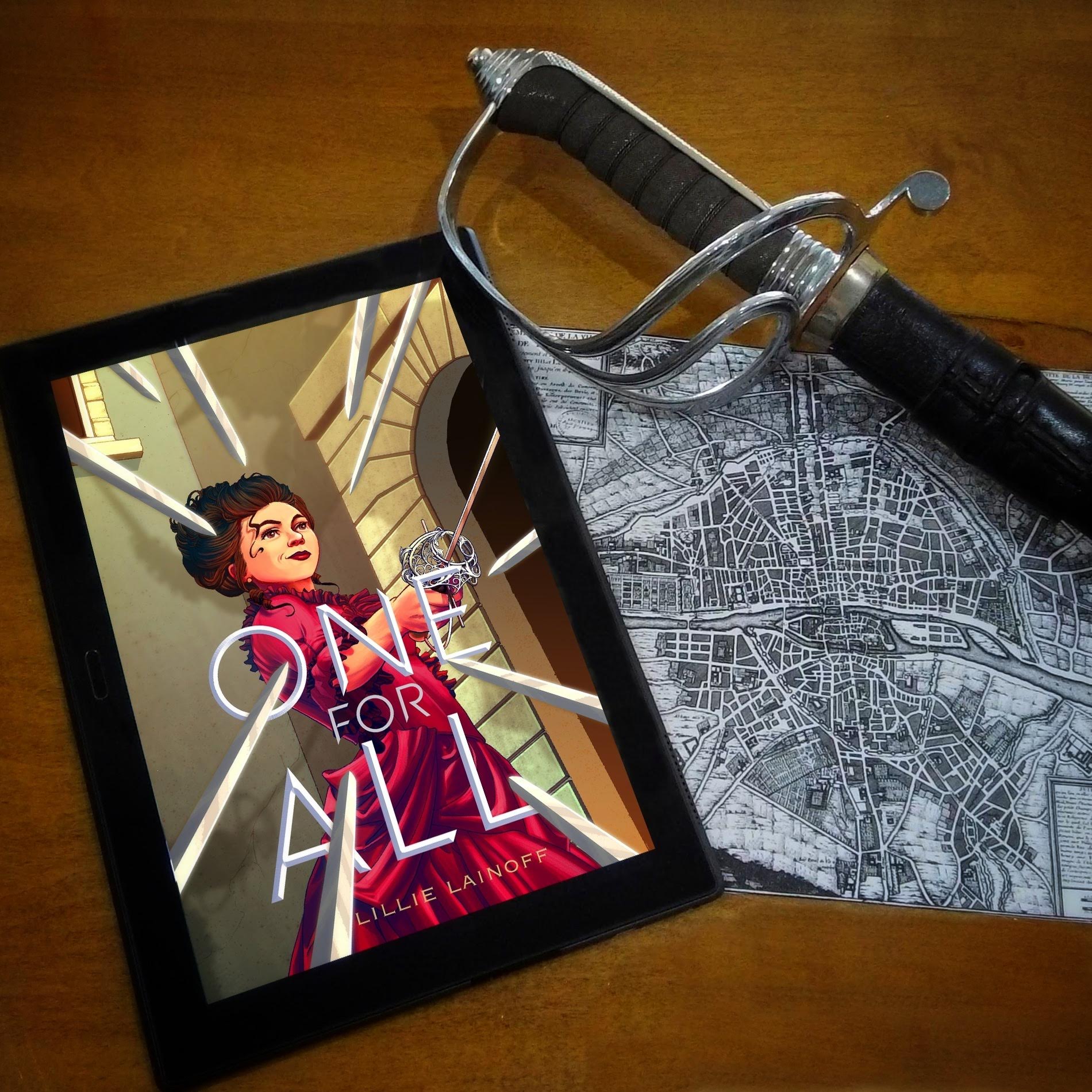 Something that really stuck with me after reading One for All was the different romances that Tania was involved in. Specifically, the way her relationships and her disability were inseparably linked. The author may not have intended it but I feel like each possible love interest is somewhat representative of the various types of people that many disabled people have dated or have to deal with on a daily basis.

From the start of the book, Tania is never actively looking for a relationship but only a few chapters in her mom forces her into meeting with a potential suitor. Her mother’s thought process is sadly quite understandable, their family is not independently wealthy and once Tania’s father dies they will be left with no way to support themselves. A husband is the only real chance Tania has at being financially looked after once her parents pass. Unfortunately, the man’s reaction to finding out that she sometimes gets dizzy and faint is to quickly make his excuses to leave and then tell her that no man would ever want to marry her. That single interaction is incredibly influential in the way Tania sees herself and her illness. It not only contributes to her poor self-image but shapes the way that she expects all future partners to react and is something that many people with chronic illnesses have experienced to some extent. People are often interested in those of us with invisible illnesses until they find out about them and suddenly drop us.

Etienne is the first man openly interested in Tania that knows about her illness and doesn’t seem to care. His apparent lack of judgment is what leads her to grow closer to Etienne even when she knows she shouldn’t care for him. As their relationship develops Etienne seems like the perfect partner but his true colors are revealed at the end of the book. He is accepting of her illness but not of her interests, opinions, or needs, treating her as a weak thing to be sheltered and protected from the rest of the world. His dismissal of how much her father’s death meant to her as well as his complete shock at her fencing abilities illustrates just how deep this betrayal runs. Without her previous negative experience with romance, Tania may not have fallen for this man so easily and she might have been able to recognize him for who he is sooner. Etienne’s character is a lesson that many chronically ill and disabled people have difficulty remembering because overtly and sometimes aggressively negative experiences have shaped the way many of us see ourselves. But it’s important to know that being accepting of your illness is the bare minimum for human interaction, not something that qualifies them to be your romantic partner.

So many of us have struggled while dating and even have trauma stemming from previous relationships, often because we have been told that we are broken or not deserving of love. Many people have lost friends and spouses after becoming disabled, suddenly we are too much work or too hard to deal with. Others of us never had romantic relationships before becoming or realizing that we are disabled and have serious trouble meeting people that can see past them. Seeing this more subtle kind of toxic relationship that Etienne represents is important for us to recognize it in our own lives and experiences. Ableism is not always clear from the start and just because people can be accomodating does not mean that they actually see anything past a person with a disability. We shouldn’t have to overlook red flags just to be with someone that doesn’t blame us for being disabled.

Henri is a perfect example of a partner that is there to support you and encourage you to do what you want to instead of coddling and trying to diminish you. He values the same things as Tania, helps to empower her by designing the elevator in his aunt’s house, brings her the map of Lupiac so that she would have something else to remind her of her family, and never forces her into uncomfortable situations. To top it all off, while Etienne is scared of how strong Tania is, Henri memorializes her moment of triumph in the mural on the fencing room wall. He’s everything that Tania thought Etienne could be.

There are other aspects of Tania’s romantic experiences that feel familiar. The uncomfortable financial situation that leaves her reliant on any future partner is sadly similar to that of many disabled people in the US who are unable to support themselves and/or are forced by the government to live below the federal poverty line. For those married to able-bodied people, most to all assets and income are in the spouse’s name since people that collect disability are not allowed to possess more than $2,000 at any time. This power imbalance makes it significantly harder for disabled people to escape abusive or toxic relationships and, unlike our Mademoiselle Muskateer, not everyone finds out that their partner murdered their father and is planning to overthrow the government before things get too serious. Studies have shown that disabled people are more likely to be abused by an intimate partner, family member, or acquaintance than non-disabled people and are twice as likely to suffer violent victimization in general. Had Tania married Etienne without knowing his true character she easily could have been in an abusive situation without any way out. The obvious solution is to make it easier for disabled people to support themselves but that’s going to take a lot of work to achieve in the United States. If you are interested in learning more or trying to help this petition has a lot of good information.

If You Haven’t Bought a Copy Yet, Get It Here! 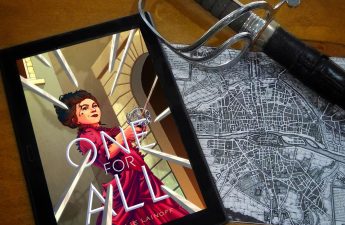 One for All Review: The swashbuckling disabled character I’ve been waiting for